Share a memory
Obituary & Services
Tribute Wall
Read more about the life story of David and share your memory.

David Donald Dyer passed away peacefully on November 7, 2022, at his home on Lake Burton, with his wife, Stephanie, son Zachary, and longtime friend and caregiver Rebecca Clark by his side.  David was born on August 12, 1950, in Greensboro, NC, to Geraldine (Morris) and Dewey Dyer, and grew up in Atlanta.  The family built a small cottage on Lake Burton in 1958, and from then on David considered the lake and the Blue Ridge Mountains his home.  Twenty-five years after meeting as teenagers on the lake, David and Stephanie Sheats realized they were always meant to be together and married in 1996.

David was a proud University of Tennessee graduate.  In college, he worked part time as an ambulance driver, no doubt using the skills he learned from his dad who loved fast cars and boats.  A master of persuasion, David found his calling in auto sales.  The Honda, Acura, Lexus, and Cadillac dealerships he managed were often among the top 20 in the country.  In retirement, David had a great time providing color commentary for Rabun County Wildcat games.  He also worked with Second Nature in Clayton, transporting struggling teens to a wilderness therapy program in the Blue Ridge Mountains.

David was a larger-than-life presence.  He dressed with flair, and with his impeccable sense of style helped update, design and landscape several uniquely beautiful homes.  He loved his family and friends, interesting cars and boats, football, playing tennis, flying airplanes, Southern food, and a stiff drink with good company.  He always said, “The best thing to have is fun.”  His charisma, his humor, and his good-natured teasing made every gathering a party. Everyone has a story to tell about his antics, and every room seemed brighter when he was there.  He will always be missed, and will always be remembered for his wonderful smile and irrepressible personality.

In addition to Stephanie and Zach, David is survived by his son Matthew, Zach’s wife Tessa, grandchildren Nora and Noel, his brother Mike and family, numerous cousins, and friends everywhere.

No services are planned.  Contributions may be made in his memory to Amedisys Hospice Care, 53 Rock Drive, Toccoa, Georgia 30577.

To send flowers to the family or plant a tree in memory of David Donald Dyer, please visit our floral store. 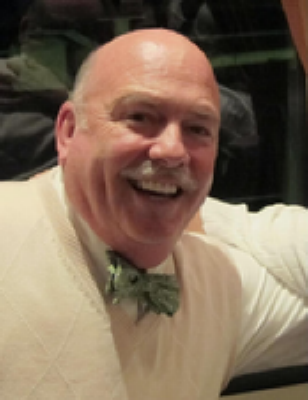 
Family and friends are coming together online to create a special keepsake. Every memory left on the online obituary will be automatically included in the book.

You can still show your support by sending flowers directly to the family, or by planting a memorial tree in the memory of David Donald Dyer
SHARE OBITUARY
© 2022 Beck Funeral Home. All Rights Reserved. Funeral Home website by CFS & TA | Terms of Use | Privacy Policy | Accessibility